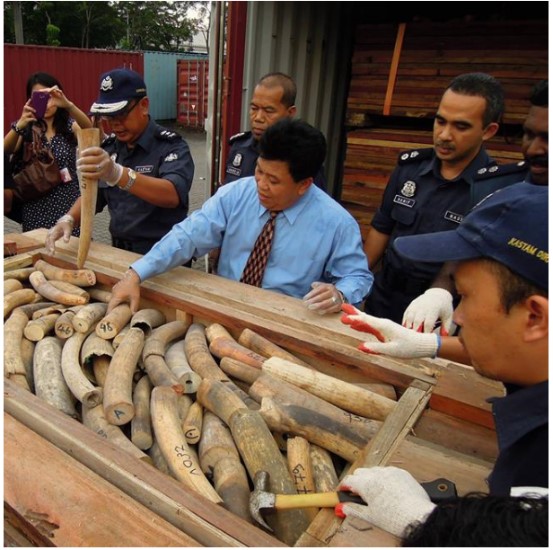 Stopping the illegal wildlife trade is one of the most important and urgent problems of international organizations for  biodiversity protection.

There’s been an unprecedented growth in illegal wildlife trade across the world in recent years, which is threatening to overturn decades of conservation successes. Especially for iconic animals like rhinos, elephants and tigers.

The numbers are horrific: around 20,000 African elephants killed by poachers each year, and the number of rhinos killed  in South Africa has consistently increased since 2007.

But it’s not just an issue that affects wildlife. The illegal wildlife trade is a huge international organized crime – the fourth biggest illegal trade in the world.

For the first time, the Analysis of International Funding to Tackle Illegal Wildlife Trade fills the gap between the growing interest of the international community on the theme and the lack of information on donor funding.

The report draws people’s attention on a number of key findings:

Due to the cross-border and multi-dimensional nature of illegal wildlife trade, the development community must partner with stakeholders from multiple sectors and countries to reduce poaching, trafficking, and the demand for wildlife and wildlife products.

The report was released ahead of the Hanoi Conference on Illegal Wildlife Trade, hosted by the Government of Vietnam on November 17-18, 2016, where global leaders discussed the best way forward to eradicate illegal wildlife trade.