Ethiopia may introduce payments for ecosystem services, as reported by Capital Ethiopia website.

Ministry of Environment, Forest and Climate Change of Ethiopia has started, during the Autumn of 2017, a study to charge fees from different companies and individuals who directly and indirectly generate income by using the natural resources of the Country.

Before, the GEF has financed the “Mainstreaming Incentives for Biodiversity Conservation in the Climate Resilient Green Economy Strategy (CRGE)” project, also known as MIBC.

MIBC’s Outcome 2 will pilot a programme on Payments for Ecosystem Services (PES) in four sites recognised globally for their high biodiversity value, but also at very high risk of degradation. The project will put in place, inter alia, a system for compensating land users for engaging in biodiversity friendly practices. 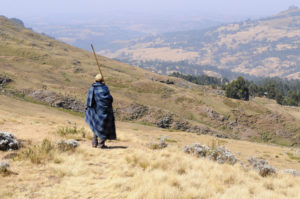