The EU Emissions Trading System (EU ETS) is a cornerstone of the EU’s policy to combat climate change and its key tool for reducing greenhouse gas emissions cost-effectively. It is the world’s first major carbon market and remains the biggest one.

Carbon emission permits have more than quadrupled from less than 5 euros since the middle of 2017 after European Union governments agreed to cut away a surplus that had depressed prices since the financial crisis that started in 2008. Utilities and industrial polluters need the certificates to cover greenhouse gas emissions they produce.

The last august the price has surpassed the 20 euro a ton.

The coal-fire power industry could finally phase-out, as Businessgreen says.

Moreover, carbon offset projects could benefit from this significant change and receive from carbon producers additional financial benefits, to be reinvested in forests and biodiversity conservation.

This mechanisms could facilitate the climate change policies. 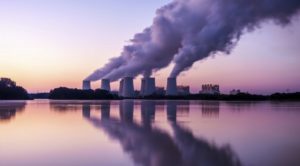